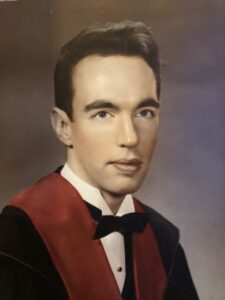 Bill died peacefully in hospital on September 11, 2019. Predeceased by his wife, Bunty Robertson, Bill will be remembered and missed by his children, John Meekison (Tanya) and Lisa Reichenbach (Stefan), his grandchildren Graeme, Lauren, Mira and Jamie, his brothers, Peter Meekison and Jim Meekison (Carolyn), and his many nieces and nephews.

Bill studied chemistry at the University of British Columbia and went on to graduate from medicine there in 1963. He subsequently obtained a Masters in Public Health at the University of Toronto (having driven there from Vancouver in a small car with Bunty, two-year-old John and a Siamese cat). Bill then forged a distinguished career as a public health officer in BC, first in Williams Lake and later as the Director of the Boundary Health Unit in the Lower Mainland, and at times, over much of the north of the province.

His career included moments of notoriety, including ordering the shutdown of a sawmill on Vancouver Island for polluting a river, closing Wreck Beach due to a lack of sanitary facilities and prohibiting a bar from serving drinks with a frost-bitten toe in them, an episode which prompted one newspaper to run the headline, “Dr. Bill Says Toe Must Go”.

As a preventative medicine and public health advocate, in later years Bill worked as an advisor on vaccine clinical trials, including those for the chicken pox vaccine. He was passionate about affordable housing and spent many years as a Director at the Affordable Housing Societies, based in New Westminster.

Bill was an enthusiastic, curious and engaging person who loved technology, movies and reading – especially thrillers and history. He was a loving father, grandfather, brother, uncle and special friend to Christine. He was a great friend and companion to us all.

Give in memory of
Bill Meekison

Add your memory of
Bill Meekison

Your gift will pay tribute to Bill’s life and career by supporting students at UBC. Gifts will be directed to the new Meekison Family Fund, with final decisions on the award description and student eligibility to be made in consultation with the family.

Dear Peter and Jim,
Walter joins me in recalling how much Bill mean to our lives. I have fond memories from the summers we drove to UBC while we both had summer jobs, he in Pharmacology and me at Royal Commission on Education.

Love and sympathy from the McLean's

- Dear Friend
In 1988 Bill was my first mentor and supervisor as I left family practice and became a MHO trainee at Boundary Health Unit in Surrey. He was patient, politically savvy and very supportive. We enjoyed driving to field experiences with the top down in my convertible.

Subsequently as a colleagues, Bill and I became good friends. He was always available to consult or socialize.

- Student and colleague
Next Previous
+ See all memories 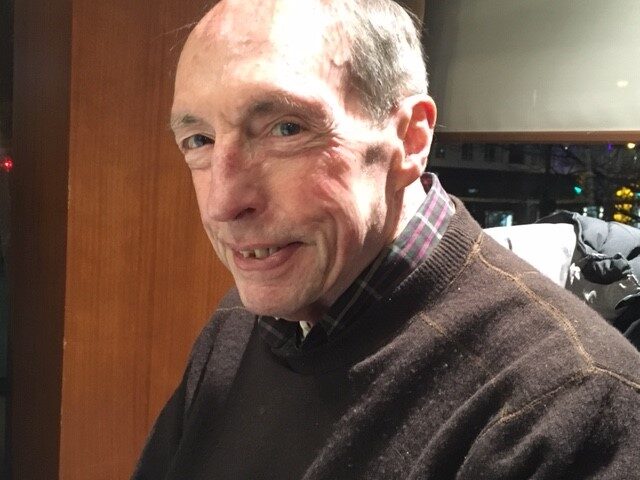