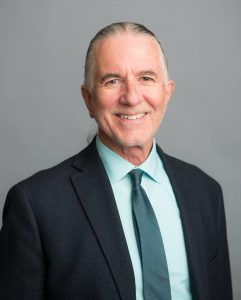 All my emotions and experiences, all my hopes and desires, are steeped in poetry. I live in poetry, and poetry lives in me.
– Dr. Carl Leggo

Scholars, poets, teachers and students across Canada who know Carl Leggo speak of experiencing a particular ‘Leggo’ phenomenon––hearing his voice while reading a poem or essay he’s written. Even for those who have never heard him speak, the intimacy and nuance of his writing perform off the page in Carl’s evocative, Newfoundland lilt. New and established scholars alike can follow his remarkable repertoire of scholarship and converse with Carl across his contributions to Canadian curriculum studies, narrative and poetic inquiry, life writing, autobiography, teacher education, and arts-based research. Carl’s collaborative projects in métissage bring yet richer and messier threads of multiple voices that, as he says, “contribute to the constitution of understanding and connection.”

Carl’s homeland, Corner Brook, Newfoundland, turns up in his scholarship, reminding us of cultural roots and relationships, perhaps remembered as snippets and “perpendicular” angles. “When I was a boy, my parents burned coal in the little house on Lynch’s Lane.” Carl worked as a teacher for nine years in Newfoundland, beginning in 1976 with forty-eight grade 7 students. “I had a lot of clothes from Tip Top, and a couple degrees from Memorial University…I had been married two years and I owned a new Chevy truck.” At the same time, he wrote his master’s thesis for the University of New Brunswick. Carl went on to complete his Ph.D. at the University of Alberta, and later claimed, “I have lived all my life in school…”

Indeed, education lived in Carl. He joined the University of British Columbia in 1990 and has spent his career there in the Department of Language and Literacy Education. Carl’s long history of service at UBC follows his spirited and generous commitment to students and colleagues. Twenty years ago, Carl served as administrator for the Centre for the Study of Curriculum and Instruction, two decades after its first Director, Ted Aoki, a significant mentor to him. Carl heard the word “minister” inside the tedious work of administration, which meant for him “to care for” or “look after.” Carl has always looked after graduate students, nurturing their creative capacities and preoccupations. The many graduate and undergraduate students, beginning and practicing teachers who have worked with Carl, carry his pedagogy of care forward.

UBC acknowledged Carl’s notable achievements as scholar, mentor, teacher and artist on many occasions with several eminent awards: The Ted T. Aoki Award for Distinguished Service in Canadian Curriculum Studies (2013), The Killam Award for Excellence in Mentoring (2012), The Sam Black Award for Excellence in Education and Development in the Visual and Performing Arts (2001), and The Killam Teaching Award, Faculty of Education (1995). Carl has co-organized two cutting-edge conferences in education over several years: The International Symposium on Poetic Inquiry (with published anthologies) and Provoking Curriculum.

Carl’s writing across decades and topics remains fresh, holding the world of life and learning under poetic light. His poetry books include: Sailing in a Concrete Boat: A Teacher’s Journey; Growing Up Perpendicular on the Side of a Hill; View from My Mother’s House; and Come-By-Chance. As a scholar, Carl’s body of work includes co-authored books: Speaking of Learning; Life Writing and Literary Métissage as an Ethos for Our Times; Speaking of Teaching; and Hearing Echoes. Carl’s co-edited books feature diverse scholarship in education: Canadian Curriculum Studies: A Métissage of Inspiration/Imagination/Interconnection; Being with A/r/tography; Creative Expression, Creative Education; Arresting Hope: Women Taking Action in Prison Health Inside Out; Arts-based and Contemplative Practices in Research and Teaching: Honoring Presence; A Heart of Wisdom: Life Writing as Empathetic Inquiry; and Teacher Research in the Backyard. Fortunately, a new anthology holds many of his own texts he has chosen to share, Storying the World: The Contributions of Carl Leggo to Language and Literacy.

“Recently I saw another motto: Love, Laugh, Live. My third granddaughter, Gwenoviere is a year old. She laughs all the time. Yesterday she was wearing a T-shirt with the slogan, I Love Papa. Of course, I laughed loudly too. Imagine if my yearbook motto had been: Love, Laugh, Live. Delightful alliteration! Strong wisdom! I might have composed a different life story with a different motto. Of course, I don’t know what would have happened in school if I was devoted to love, laughter and living! Sounds dangerous!”

Give in memory of
Carl Leggo

Add your memory of
Carl Leggo

In Dr. Carl Leggo’s memory, the Carl Leggo Graduate Scholarship in Arts-Based Inquiry Fund has been established by colleagues and friends at UBC.

Your gift will pay tribute to Carl’s life and many contributions to UBC, by supporting a Masters or PhD student who is pursing arts-based inquiry as part of their graduate thesis research.

Thank you for helping me feel safe and equal to my peers. It's an invaluable gift. I've failed several times in the attempt to publish my article about you and me. Still trying to get it published before the end of the year.

Miss you. I appreciate the sunshine you give to everyone. I am trying to publish an academic article about you and me. Hope I can make it before the end of the year.

I've decided on a job in South China. My paper "My Poetic Inquiry" is just accepted by a top-tier journal, Qualitative Inquiry. Will write more and try to get published. Still remember our consensus that some award belongs to us.
Thank you so much for the life experience and classes at UBC!

In the shadow of Novel coronavirus but not infected,
Botao

- student
I had no intention of embarking on a masters program until Carl presented at a professional development day at my elementary school. His presentation was so inspiring that two colleagues and I entered the program. I was nervous as I walked into the first class but was set at ease as Carl met each student with a warm welcome. After class I was confused. It was so much fun. It was too easy. University is supposed to be hard work. What was going on? Carl announced that all students in the class will get an A if we showed up more or less regularly. A, eh? This was really weird but after every class though, words crashed around in my head. I would be up till the wee hours pouring those words out when I should have been sleeping. Set free from the oppressive quest for a mark, encouraged to take risks, have fun, play with ideas, I learned so much. Thank you Carl.

- former student/friend
My first class with Carl was in 1994: Principles of Teaching, a lab section after a lecture, While we sat waiting for the Prof, students filed in. A long-haired figure with an army green canvas bag arrived and no one took much notice. Another student in this mix of ages required class for Education students? Nope, it is the Prof. I thought he looked a lot like Jesus, as he took to introducing himself, tossed aside the prescribed syllabus and set to work enchanting his pupils with his soft sing song lilt and wonderful stories.

That was my first encounter with Carl Leggo. Subsequently, I had him a few times as a professor while taking Education courses and felt honoured and privileged to be taught by such a gentle man. I'll never forget his readings from "Growing up Perpendicular on the Side of a Hill", class nature walks to out of the classroom to inspire us. The many laughs and the always positive Karma he emitted.

I still reckon back to my many moments and stories he shared. I know that his teaching has inspired and supported my teaching. His love for his students and for his craft of poetry were unmatched.

Thank you Carl for what you did for all of us. I am sure you are sitting on a cloud up high, still sharing, still loving, still inspiring.

Carl's impact on my life as a teacher of literature and language, a writer, and as a human is profound. Never before had I met a teacher so willfully honest, so inviting, so caring, so genuinely interested in my development as a lover of wor(l)ds. Carl encouraged me - and all of us - to take risks, to dare to live joyfully (if for no other reason then out of spite!), and to dedicate ourselves to the power of story and the power of language. His work and influence continue to live on today in the lives of the students I teach. I have given workshops on his pedagogies, spreading his word as if it is evangelical -- and at times, and in certain places, it is. I'm so grateful to Carl for his time, his care, his thoughtfulness. Pieces of him truly will live on in us, and I am pleased to know this scholarship will keep his priorities and energies alive.

- student and mentee
I am profoundly grateful to be on the list of UBC students given the opportunity to learn, experience and be emotionally ignited by Dr. Leggo’s unique gifts. Saddened at the loss of his intellect, wit, creativity, and stories, I will continue to be inspired as a teacher by his example. Rest in power!

Poet, mentor, friend
Ethical, compassionate
A man of his word/s

- Colleague and Friend
One year when I was a new assistant professor at UBC, Carl taught in the same classroom that I did, immediately after my class ended. We would bump into each other at the class change twice a week. He knew that I was new, knew my name right away, and went out of his way the rest of the term to check in with me in those brief moments, to make sure I was getting along okay. He checked in without ever actually telling me that this was what he was doing. Put another way, Carl wasn't just acting kind. Carl was kind. You couldn't help but notice that about him. I'm grateful to have known him.

- colleague
Carl’s passion for vigorous and creative scholarship that transcends disciplinary boundaries is the inspiration behind this new graduate scholarship in art-based inquiry. This scholarship was originally to be in honour of, rather than in memory of Carl. After we first discussed the idea, I sent Carl an email to identify criteria for the scholarship. He replied with great enthusiasm for how the scholarship would celebrate the significance of arts-based research at UBC. I replied saying that I was excited to have the opportunity to help with ensuring that his “Leggocy” would inspire and support graduate students for a long time to come! So this is now a part of Carl’s LEGGO-CY. To honour Carl’s love of words and all forms of word play, my husband Dean constructed a huge lego C from the bags of lego we have at home for our grandchildren. It symbolizes the commitment to making this scholarship a resounding success.

- Colleague
I just heard of Carl's death. Carl was the saving grace of my teaching year at UBC. In a program I experienced to be mainly teaching me to conform, Carl offered poetry. He believed all we needed to do as new teachers was be ourselves and explore the things that gave us joy. He asked us to take risks and be brave in being ourselves. He inspired me in poetry and in teaching. I am very saddened to hear of his passing.

- student
Next Previous
+ See all memories