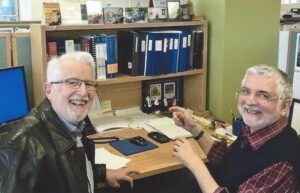 Ron DeVall and Jim Mutrie were proud UBC Engineering alumni who both made significant contributions to the practice of structural engineering in Canada. Ron and Jim’s close friendship spanned more than 50 years. They first attended UBC together, then worked alongside one another as colleagues at Read Jones Christoffersen (RJC). During the course of their 40 year careers, they also collaborated and devoted much time to developing building code for use in Canada.

Ron and Jim were both known for their expertise and dedication to the advancement of the engineering profession and the safety of all Canadians through their contributions to the National Building Code of Canada. Their efforts and commitment to excellence will serve as an important part of their legacies and will continue to contribute to the world in which we live for many years to come.

Ron passed away peacefully on June 8, 2020, survived by his wife, Hazel; his brother Ken; his several cousins and their extended families. Ron enjoyed life to the fullest and in particular his work as a structural engineer. He was a proud triple UBC Civil Engineering alumnus, completing his BASc in 1966, his MASc in 1968 and his PhD in 1972. He spent his entire 40 year career at RJC providing technical leadership and was regarded as a mentor and a good friend. He served on and led many technical committees for the advancement of structural engineering, particularly in regard to seismic loading, and had a strong influence in getting important seismic revisions incorporated into national building codes since the 1980s. He was also a significant contributor to the development of the Seismic Retrofit Guidelines for BC schools. Ron loved travel, jazz, good food, good wine, good conversation and above all good friends.

Together, Ron and Jim worked closely with Faculty members at the UBC Department of Civil Engineering for many years to help support the educational endeavours of the next generation of civil engineers.

Jim passed peacefully away on December 23, 2019, survived by his wife Sandy; his sister Dorothy Fitz-Clarke (Ted); his niece Vicki Edwards (Geoff); and his nephew John Fitz-Clarke. After completing his BASc in Civil Engineering at UBC in 1966, Jim joined RJC as a design engineer, later becoming a Partner. He was invited to join the firm of Jones Kwong Kishi in 1984, eventually taking up the role of Managing Partner. During his career, Jim was the structural engineer for many notable buildings including the Living Shangri-La, the Shaw Tower, Surrey Central City, Waterfront Centre and Granville Square. He was a recognized leader in the engineering community, pioneering many innovative solutions to complex engineering design issues. He was dedicated to his work and contributed significantly to the building codes used in Canada today through his 40 year involvement working on building codes for concrete buildings. Jim will be remembered for his keen interest in others, his lifelong passion for his work, his kindness, his sense of humour and his laugh.

Give in memory of Ron DeVall and Jim Mutrie and help keep their commitment to excellence alive through UBC.

Give in memory of
Ron DeVall & Jim Mutrie

To honour Ron and Jim’s lives, accomplishments and contributions to the field of structural engineering, their families will be establishing a new student award in their honour. Your gift will pay tribute to Ron and Jim by supporting engineering students following in their footsteps. Final decisions on the award description and student eligibility will be made in consultation with their families.

Jim Mutrie and Ron Devall were mentors to me, when I started my career at RJC, straight out of UBC. It has been a blessing in my life that I was able to call them colleagues and friends as my life moved on. I don't think many people understand the extraordinary contributions that Ron and Jim have made to the understanding of seismic design in our country, and hence the safety of Canadians. I am so pleased to be able to make a donation to a fund that honours these two pillars in our professional community, and their legacy of integrity, respect and service. They will be truly missed.

- Colleague and Friend
Ron was a lifelong family friend. His wit, dry sense of humour, charm, and bright friendly smile all contribute to our wonderful memories. He will be truly missed and never forgotten.

- Friends
I was privileged to know both Ron and Jim as partners, mentors and friends. They were my go to guys, on technical and professional issues of course, but also with personal stuff. Their contributions to the structural engineering community were amazing. They were both interesting, intelligent and fun. Their advice was always thoughtful, valuable and freely given. I can’t believe they will no longer be with us.

- Partner & Friend
My father, Ian Miller, met Uncle Ron when they were Engineering students at UBC. They enjoyed a close friendship, many fun adventures, and countless laughs. Though not related by blood, Uncle Ron has always been a part of our family. He was my most fun, gregarious uncle; a visit from Uncle Ron was something me and my sisters always looked forward to. I can't think of his face without seeing him smile, as the time our family spent with him was always joyful, full of laughs and a fair bit of mischief! I am grateful to Uncle Ron for the gift of his friendship to my dad. Uncle Ron will be terribly missed, but never forgotten. In loving memory and gratitude, Kim

- In memory of my Uncle Ron
Jim and Ron had left behind many legacies to structural engineers.
Both had started to inspire me when I was still studying at UBC. I remember Ron once said at a job fair that a candidate should not be evaluated by the ability to “sell” but rather by technical skills/potential they possess. It was then that I thought I can too have a career as a structural engineer. From Jim, I had not only learned how to perform engineering, but also the importance of having integrity and contributing back to the profession.
I truly admire their dedication and selflessness in sharing of engineering knowledge even as business rivals. Jim and Ron will surely be missed by the practising community!

- Mentee
In memory of my brother, Ron DeVall and of Jim Mutrie, an unforgettable friend of our family. May you both rest in peace. You will not be forgotten!

- Brother
We feel fortunate to have over 30 years of treasured memories of travels and dinners and great fun and conversation with Ron and then with Ron and Hazel.
Ron is remembered with great love as a kind, witty, unassuming gentleman in the truest sense of the word. It was wonderful to see his life take on a new dimension when he met Hazel. No longer able to tease him about being a "workaholic", we instead enjoyed two fabulous canal boat trips in France, annual Wine Dinner outings and many other great times together. He always seemed to have a twinkle in his eye and that great smile brightened any gathering.

- Friends
So where to begin. I met Jim Mutrie some time in the mid-1990s while he was working for Jones, Kwong Kishi and he was the lead structural consultant for Vancity Centre. Fair to say we hit it off and Jim remained our key structural and seismic consultant until his retirement. With Hazel, she and I met in the mid-1980s if i am remembering correctly, perhaps a little later, and she looked after our Marketing area. We worked together and had a few laughs until her retirement. I only met Ron a couple of times at some of the Marketing staff parties. Wishing both families my most sincere condolences. Jeremy 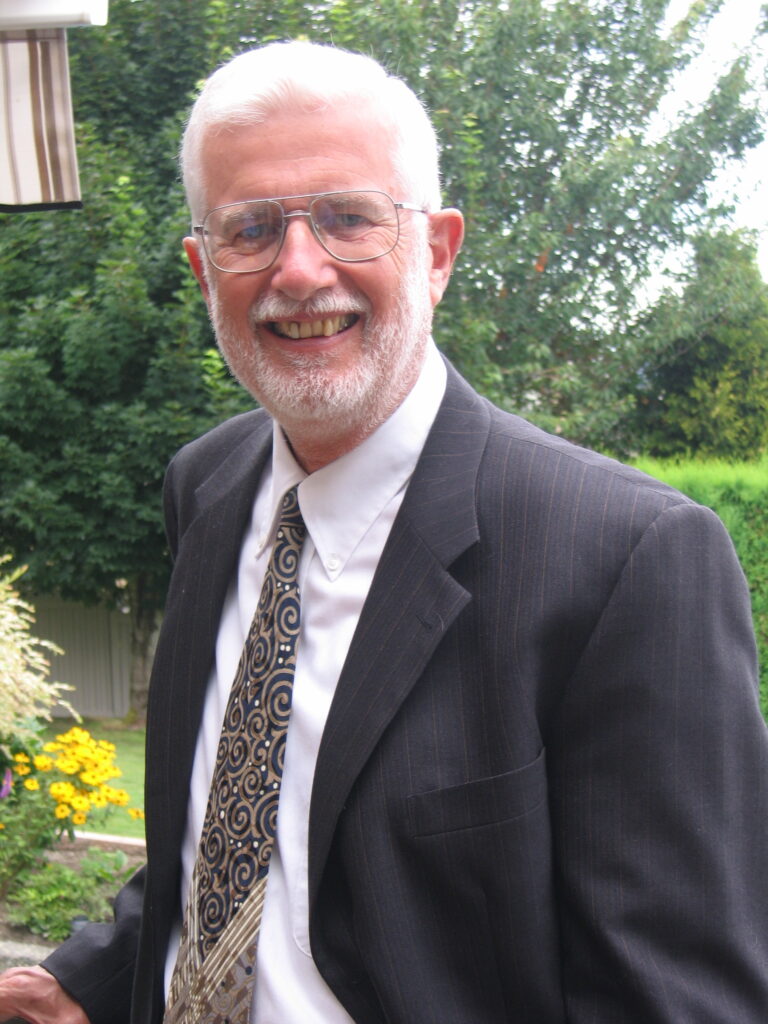 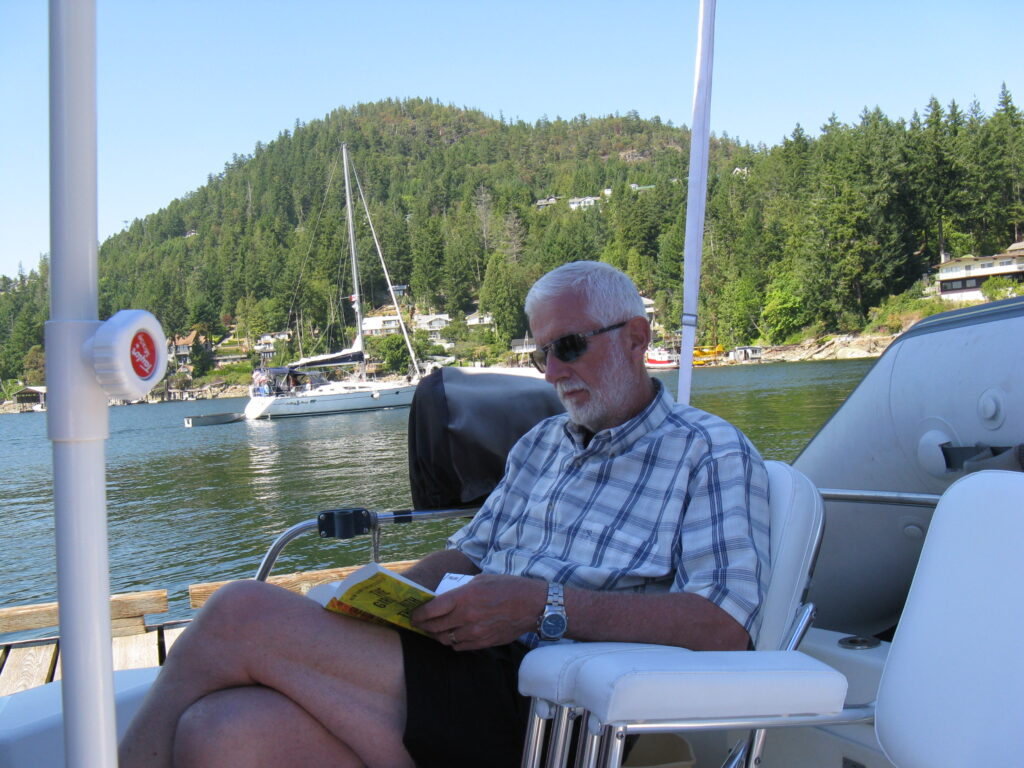 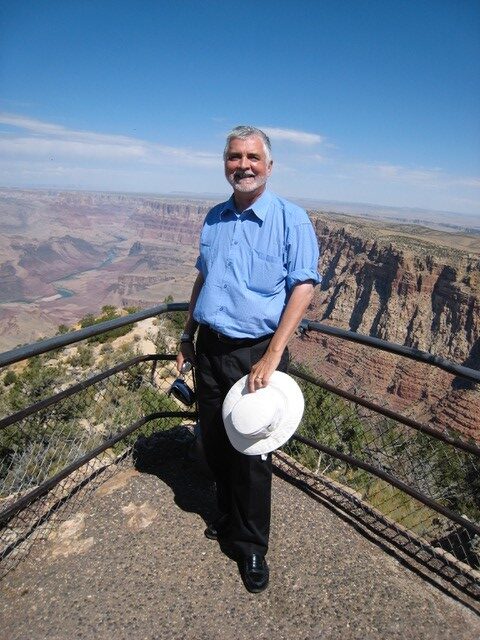 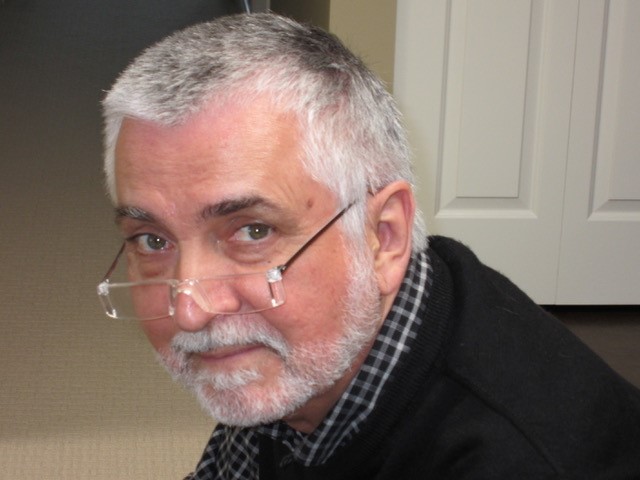