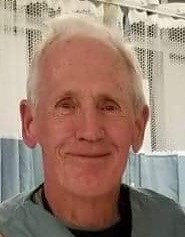 In memory of our beloved, Dr. Dennis McElgunn, the UBC Department of Emergency Medicine, and Victoria Emergency Physicians Association (VEPA) will be creating an award to benefit residents in the Victoria area emergency departments. We humbly ask for your support in creating this award in memory of Dr. McElgunn.

Dr. Dennis McElgunn was a loved and respected leader in Canadian emergency medicine. His career began in Medicine Hat, Alberta after graduating from a degree in sciences at the University of Alberta in 1970. He financed his studies by working on the railroads of Western Canada while sleeping in a boxcar!

Dr. McElgunn’s first four years of practice consisted of full-service general medicine including obstetrics, house calls, and soon to be his true passion, emergency coverage. He began his emergency medicine career in 1975 at the Royal Alexandra Hospital in Edmonton. He only wanted to do Emergency Medicine and chose to work up to forty 8 or 4-hour emergency shifts per month. At that time emergency shifts were covered by general practitioners. In this way, Dr. McElgunn was one of Canada’s first Emergency Medicine specialists.

Having successfully written the Royal College examination in emergency medicine in 1985, Dr. McElgunn had a storied 21-year career of full-time emergency medicine at the “Royal Alex”. During his time there he was involved in the 1987 tornado disaster and played a heroic role when an airplane crashed into the hospital tower in 1981. He climbed into the crashed plane to administer care to the trapped pilot!

Dennis moved to Victoria with his two sons and wife Linda in 1996 where he would continue his more than full-time career for another 24 years. Loving his work, his patients, and his colleagues, Dr. McElgunn maintained an incredible pace and work ethic for 45 years of full-time emergency medicine.

Dr. McElgunn was first and foremost a clinician. He took joy in the breadth and wonder of clinical care as well as the human element to medicine. He took time to know and enjoy his patients as well as share his love of medicine with colleagues. He could always be found teaching, sharing clinical findings, or conferring over an interesting case. His energy and love of emergency medicine made him a role model for many.

Dr. McElgunn was also a respected leader and teacher in Emergency Medicine and he took on many roles throughout his career. He was instrumental in negotiating on behalf of physicians and patients and in this he kept clinical medicine as the top priority. In addition to directing the Edmonton fire department and many other leadership roles, he expertly led the Victoria emergency physician’s group for many years.

Dennis was devoted to his wife of fifty years, Linda, and their two boys and grandchildren. In addition to his love of sports he was an avid reader and student of history which complimented his pursuit of international travel.

Dr. McElgunn was a once in a generation physician who dedicated his life to clinical emergency medicine. He was a pioneer in the field and has helped shape the discipline of Emergency Medicine while serving countless thankful patients.

Give in memory of
Dr. Dennis McElgunn

To honour Dr. Dennis McElgunn and his impact in Canadian emergency medicine, friends and family will be establishing a fund or award in his name to support one or two residents annually. Your gift will pay tribute to Dr. McElgunn and his dedication in mentoring emergency medicine residents. Final decisions on the award description and student eligibility will be made in consultation with UBC Department of Emergency Medicine.

PGY45 is how I introduced Dennis to learners I was working with. Why? Because he never stopped learning and never wanted anyone else to either. I loved working with Dennis. I remember soon after my arrival in Victoria in 2006; we were working at VGH on one of my earliest shifts - I had a keen medical student and we were discussing pediatric C spine evaluation. The student left the area and Dennis turned with that wry smile and said “you’re gonna work out here, that was GOOD”. I felt welcome in that exact moment. And so began a decade plus of galloping off to see rashes together (he loved discussing rashes; no really), trauma call and the ensuing case discussions, laughter, administrative talk, night shifts, day shifts and everything else. I admired his joy when seeing tiny babies and wee ones, his sense of humour with young adults, and his grace and kindness. Ever a gentleman, whose kind eyes belied a steely intellect and a wonderful pedigree of experience. And, in an ERP spot, a sports car of course. Always, always the teacher. A dog man. Hockey guy. A family man, deeply committed. No one has given more to us than Dennis. I miss him fiercely. Every. Single. Day.