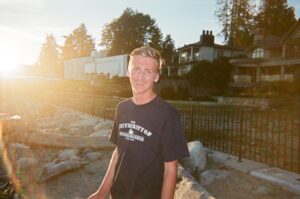 Henrik was an exemplary student throughout his life. He began his learning at Canyon Heights and moved to Braemar Elementary School for its French Immersion Program, with the hopes of being challenged. He moved to Vancouver College for High School which provided Henrik with a sense of community, great friendships, and a place where he could show his extraordinary ability to learn and succeed. He spent lunch hours helping those with learning challenges and disabilities. Henrik was always the one to stand up for a classmate being bullied, regardless of the cost to him. After High School, he began studying Kinesiology at The University of British Columbia, with the goal of becoming a physiotherapist. He thrived in the kinesiology environment, made a great circle of friends, and enjoyed being challenged by the daunting workload. He joined the UBC sailing team, which allowed him to re-kindle relationships with old friends as well as create new relationships with people similar to him. Henrik loved learning, succeeding, and connecting with people. At UBC Henrik was engaged with multiple clubs and sports. He was volunteering and working training children sailing and was a role model to all – he had a special connection with children who had special needs. Henrik was kind and inclusive and went out of his way to get to know his fellow students at UBC.

Give in memory of
Henrik Moberg Parker

Your gift will go towards supporting students studying Kinesiology, with final decisions on award descriptions and student eligibility being made in consultation with the Moberg Parker family.

It reminds of his amazing soul every time I look at the white bandana.

Henrik was the most friendly, caring, positive, and interesting person I had ever met. First encountered as KIN Camp teammates, his non-judgmental and supportive character made me feel included immediately. Despite being a university student, a world-class athlete, a boyfriend, a son, and a brother, he continued to bring joy to people around him all the time and inspired them with his passion for life and ambition. Henrik paid great attention to the details of his friends' emotions and behaviors and frequently checked in with them. Knowing that I came from a different culture, he opened his heart to me and genuinely cared about me, which made my rough transition from high school to university a lot better. My best memory with Henrik was probably the visit to the Capilano Suspension Bridge. Jan 3rd, 2020, rainy. I walked up the hill and there he was, standing in the rain with his waterproof jacket, looking delighted and greeted me with a big smile. He, as an enthusiastic guide, showed me around the surreal place and we had a lot of fun. Up on the bridges that connected between several tall trees, spaces were limited. People moved slowly in a queue. Henrik would always exchange a few kind words with them and let them go first... Regardless of the short amount of time I had known Henrik for, he was a part of my life that could never be replaced. He will forever live in the memory of mine and so many others, supporting us and guiding us.

- Friend
For those that didn't know Henrik so well, here is a video clip from Henrik's celebration of life. It is a story from one of his high school teachers that captures Henrik's fun nature - even when he was feeling under the weather and taking a sick day.... "Henrik the sick."

- Father
I think I only met Henrik once, at Auntie Edith’s 100th birthday party, but I heard so many stories over the years from his proud grandparents. I attended Henrik’s memorial service and was deeply, deeply moved. The tributes from classmates, teammates, teachers, coaches, Henrik’s nanny, godmother and Dave all spoke of this amazing young man with the sharp sense of humour who was smart, kind, talented, and such a good human being. He touched so many lives!! After the service, I drove my cousins back to the ferry and we all sincerely felt changed from having learned more about Cousin Henrik. Sending love to Dave,Tine, Mattias, Jean and Al. <3

- Cousin
As a parent, it is unimaginable that the only new memories you will ever have with your son or daughter are the memories shared by others - Thank you Angie and Sarah ... your memories of Henrik mean so much. Henrik had a unique socializing skill; a magic way of bringing people of any age together. He would get invited to a birthday party for an 8 year old and go and have fun. He had a tight knit group of university friends, and balanced his activities so he could spend time with another core group of sailing friends in their mid twenties. He would come home before midterms or finals to study with me. Henrik was smarter than me. I wasn't much help to him with the studying, but I see now that our studying together was his way of including me. Believe it or not, he would make studying fun. Man, I miss that kid.

- Father
Henrik and I met on the way to Kin camp at the beginning of first year. After a serious struggle to remember my name (he called me Katie for the first three hours!) we became instant friends, from Kin camp and beyond. From receiving a multitude of texts from him whenever I skipped our 8AM classes, to watching him ride his bike down the stairs all over campus, Henrik became one of the most pivotal people in my first year experience at UBC. He was the greatest study buddy, classmate, and boyfriend to his girlfriend, Emily. We spent countless hours in the early AM’s cramming for a final. He was motivated, ambitious, positive, and encouraging -even at 2 in the morning! And Henrik was an amazing person beyond our friendship and his immediate friend group. He was shamelessly caring, never afraid to be the first person to include a new individual into our activities, events, and conversations. Henrik embodied kindness and authenticity to his core. Although he truly is irreplaceable, I, like so, so many others, have learned so much from him, and with him always in our memories, strive every day to be a better person.

- Friend
I met Henrik for the first time this year in my PSYC 102 class. I sat in front of him and his group of friends for the first part of the semester and we started talking when the teacher gave us time for group discussion. As a second year student, I was the one they relied on for the “correct” clicker answers and every time we had one, Henrik would say “in Sarah we trust” before selecting his answer. One day Henrik specifically told me that I should come sit up with them instead of always sitting by myself in front. It was a simple act of kindness but it really stuck with me and made me feel included. He was such a humorous and bright individual, and we would often discuss our kinesiology classes and aspirations for what we aspired to be when we finished our degree. Honestly, I only knew him for a few short months but he really left a lasting impact on my perspective of what genuine kindness really is. Sending prayers to his friends and girlfriend, who I also had the pleasure of meeting, and of course to his family ❤️ He is and will be continuously missed.

- Classmate
Next Previous
+ See all memories 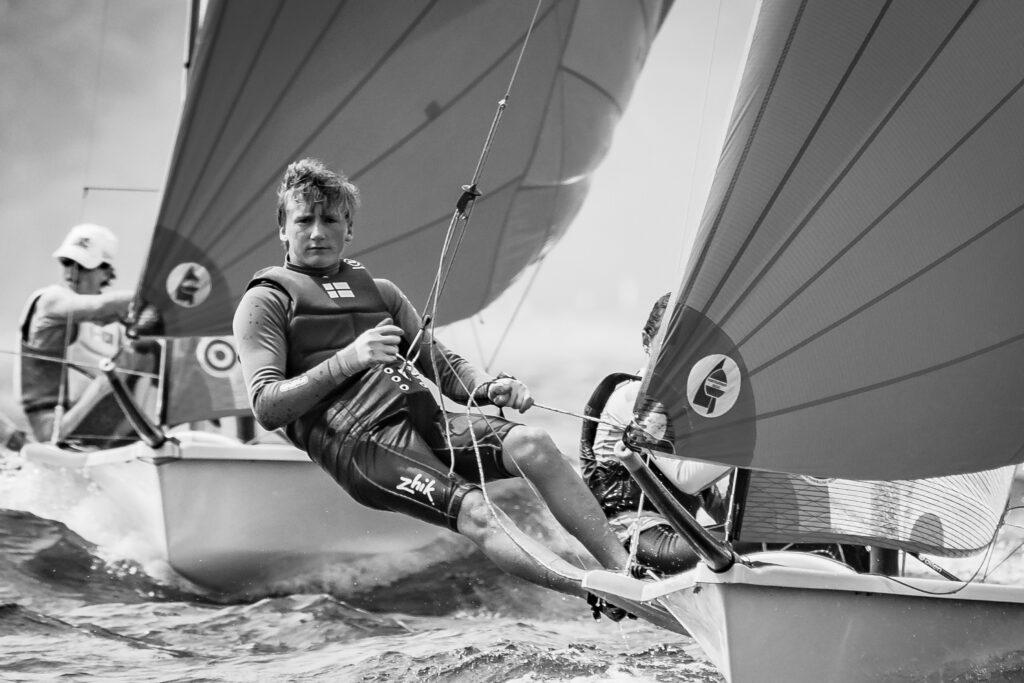