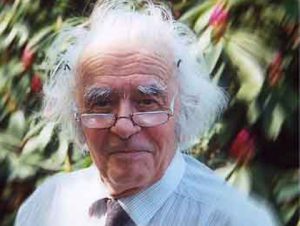 UBC awarded Jean with an honorary degree in recognition of his long service. He is particularly remembered for his service within the International Political Science Association (IPSA)—he was the only Canadian to become its president—and his commitment to international dialogue. He was also notable for his leadership in the Canadian Political Science Association and the Royal Society of Canada.

Jean was interested in numerous areas of political science, and he established his expertise in linguistic politics, with remarkable works such as Languages and their Territory (1987) and Loi de Babel et autres régularités du rapport entre langue et politique (2006). His academic contributions were prolific and his service to the field was immense. The political science program Jean directed regularly produced a cohort of outstanding students many of whom went on to have distinguished academic careers.

Jean will be remembered for his warm personality, modesty, and tireless energy. We have all lost a remarkable political scientist, and he will be greatly missed by his wife Iza—a former political science librarian at UBC—his family, friends and colleagues.

Give in memory of
Jean Laponce

Add your memory of
Jean Laponce

The Jean Laponce Prize will be created at UBC by friends and family, and will be awarded on an annual basis in Jean’s memory.

Your gift will pay tribute to Jean’s life and work, by helping to recognize an honours student for the best thesis presented by a senior student in the Department of Political Science 4th year program.

Prof. Laponce was instrumental in introducing me to a great range of issues and ideas and to inviting me to think about them in ways I never would have considered. He was the quintessential professor to me. I remember another former professor telling me the following story about Prof. Laponce. Members of the department were talking about the state of UBC and about the lack of financial support they were getting for a particular type of quantitative research they were engaged in. If the university didn’t supply more financial support, this professor said he would consider moving on - to another school, perhaps another vocation. Prof. Laponce listened to this carefully and then offered the following comment: “I will continue to be a political scientist here for as long as I have bread, cheese, wine, pencil, and paper.” I’ve always treasured that quote for what it says to me about the importance and love of the vocation that he had - and passed on to his students.

Jean Laponce was a unique teacher whose broad notions of what kinds of questions are worth asking was a huge influence on me. His seminars created an intimate family of inquiry in our small group of honours students, and I am forever grateful to him for that rich experience of what a seminar should be.

One of the books in the reading list for the 1988-89 Honours seminar was E.O. Wilson's Sociobiology. What the heck was this doing in a political science course? I had never encountered a mind with such breadth, and such genuine curiosity in the full range of human affairs, until I met Professor Laponce. The great books he had us read were ends in themselves, to be sure. But they were also a powerful means, for him to pass on his great love of learning and his expansive view of the discipline. I was hooked for life. It was a privilege to have been in his class.

Professor Laponce opened each session of the 1987-88 senior honours seminar with a brief exercise, such as having us list the 5 most important events in world history, or try to classify the UBC Poli Sci faculty according to religion and eye colour. Often, the task was unrelated to the readings, but it was almost always interesting and challenging. When we were done, he'd review the prior week's results, along with comparison to those from past years, and briefly explain why the topic was of interest to him. All these years later, I can still recall how intriguing these excursions were, and how often he could surprise us. He was one-of-a-kind, and I didn't fully realize until later just how lucky I was to have had that seminar experience. RIP.

I was so sorry to hear of the passing of Professor Laponce. I had the opportunity to be both a student and employee, working on various research projects. His passion for political science instilled an interest that still inspires me today. To his friends and family, may your cherished memories provide comfort and strength.

- Student/Employee
Next Previous
+ See all memories