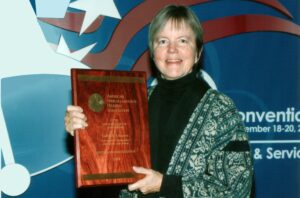 Judith R. Johnston joined the UBC School of Audiology and Speech Sciences in 1989 and served as Director from 1989 to 2000. She continued as a Professor from 2000 to her retirement in 2008.  Following retirement, Judith generously offered her invaluable support to our students and faculty as Emerita Professor. Judith passed away on August 26, 2018 and will be fondly remembered for her wise leadership and mentoring that deeply impacted the lives of so many in the School’s community and beyond.

Judith’s research focused on the developmental relationships between language and cognition, and she contributed countless articles and book chapters to furthering our understanding of these relationships. In 2008, she received a lifetime achievement award for research from colleagues at the Symposium for Research in Child Language Disorders for her contributions to the understanding of developmental language disorders.

Her excellence in teaching was also recognized through receipt of the UBC Killam Teaching prize in 2002 and the Canadian 3M Teaching Fellowship in 2003. Furthermore, both Speech and Hearing BC (formerly BCASLPA) and the American Speech-Language-Hearing Association bestowed upon her the Honours of the Association for her outstanding contributions to the field (in 1998 and 2004 respectively).

Give in memory of
Judith Johnston

Add your memory of
Judith Johnston

All who knew her will sorely miss Judith’s brilliant intellect, dedication and passion for teaching, and unwavering generosity. She has left behind an inspiring legacy that will continue to shape the School and its community in the years to come.

Judith and her loved ones have established the Dr. Judith Johnston Fellowship in Child Language. The terms of the fund will be finalized in consultation with the family. Your gift will continue her legacy at UBC’s School of Audiology and Speech Sciences.

Judith was, to begin with, my research assistant on a large project studying many aspects of child language and cognition in four languages. She was instrumental in planning, coordinating, and directing the U.S. side of a project that was carried out in Berkeley, Rome, Dubrovnik, and Istanbul. I spent 1972-73 in Instanbul directing the Turkish side of the research and relied totally on Judith to coordinate it all from Berkeley--in an era before computers and email, and without easy telephone access! Judith introduced the Piagetian measures of cognitive development and she and I co-published a paper on crosslinguistic differences and similarities in development of spatial expressions and comprehension, the topic of her doctoral dissertation. She was also a talented singer and, through her Berkeley years, the two of us worked together on music, with me on the piano. We explored songs by Mozart, Schubert, Schumann, Berlioz, Mahler. In those years I learned so much about the composers, the songs, the art of accompaniment. There was a remarkably close group of Berkeley grad students in those years of the 1970s and we remained close for life. I miss her terribly--as a person, a friend, a colleague. I have pictures from our work together in the summer of 1972 in Dubrovnik (now Croatia, then also Yugoslavia), but the files are apparently too large to upload here. Please contact me for copies (slobin@berkeley.edu). It was there that we planned out our unprecedented, four-language research project along with Tom Bever, Francesco Antinucci, Susan Ervin-Tripp, Ayhan Aksu-Koc, Ljubica Radulovic, Eliabeth Bates, Herb & Eve Clark. A memorable time! 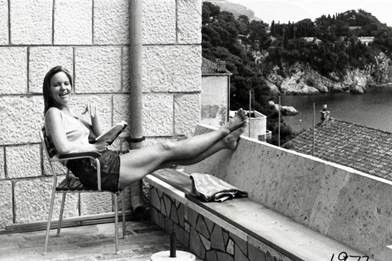 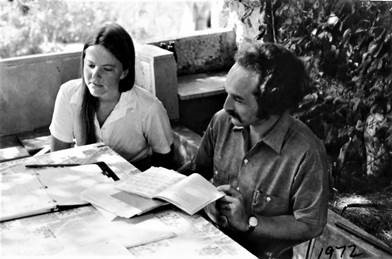